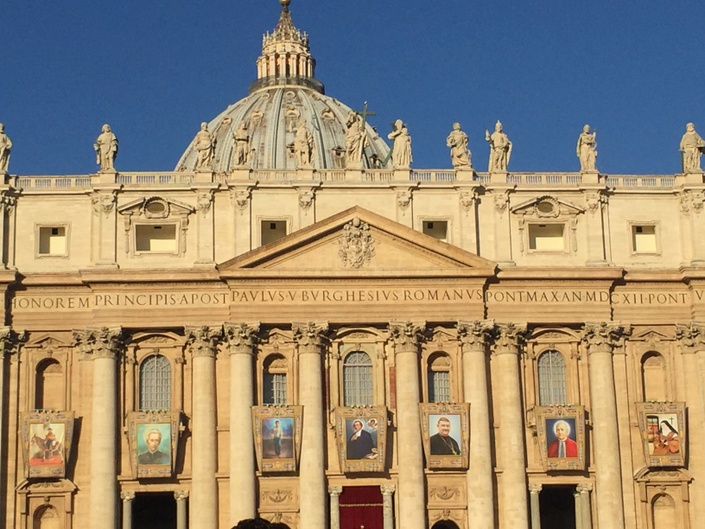 RCSC 201A: Laying the Foundation for Spiritual Maturity

In this course Fr. Bartunek defines spirituality and its goal, as well as offering the foundations for viewing spirituality from the perspective of Catholic tradition. It consists of nine video lectures with discussion questions provided for self-reflection.

Laying the Foundation for Spiritual Maturity is the first part of a four part series entitled A Catholic Vision of Spiritual Maturity which seeks to give students an opportunity to understand and apply to their own lives a complete and coherent vision of the different elements involved for growing in spiritual maturity. It provides an approach that helps active Catholics deepen their theological insight while discovering useful tips about how to apply those insights to their busy lives. The complete series may be purchased at a discount by clicking here.

The course was originally offered at the Institute for the Psychological Sciences (IPS) – Special thanks to IPS for allowing RC Spirituality to offer this course to a wider audience. This course is now being offered through our Online Classroom as a course you can do at own pace. Since it has been adapted from the IPS there are references in the lectures to additional reading and a written paper. Please note that these are not required for the RC Spirituality Online Classroom version of the course. 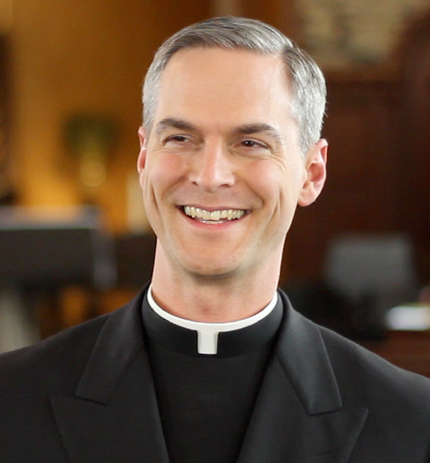 Fr. John Bartunek, LC, S.Th.D, received his BA in History from Stanford University in 1990. He comes from an evangelical Christian background and became a member of the Catholic Church in 1991. After college he worked as a high school history teacher, drama director, and baseball coach. He then spent a year as a professional actor in Chicago before entering the religious Congregation of the Legionaries of Christ in 1993. He was ordained a Catholic priest in 2003 and earned his doctorate in moral theology in 2010. He has taught moral theology at various ecclesiastical institutions at both the graduate and undergraduate levels.

He provided spiritual support on the set of Mel Gibson’s The Passion of the Christ while researching the 2005 Catholic best seller, Inside the Passion, the only authorized, behind-the-scene explanation of the film. Fr. John has contributed news commentary regarding religious issues on NBC, CNN, Fox, and the BBC. He also served as the English-language press liaison for the Vatican¹s 2005 Synod of Bishops on the Eucharist.

His most widely known book is called The Better Part: A Christ-Centered Resource for Personal Prayer . It is the first of three meditation books that make us his “Complete Christian Collection”. The other two are: Seeking First the Kingdom: 30 Meditations on How to Love God with All Your Heart, Soul, Mind, and Strength, and Go! 30 Meditations on How Best to Love Your Neighbor as Yourself. In 2016 he published a series of meditation books delving into the spiritual values behind the natural world: Spring, Summer, Autumn, and Winter Meditations. A compilation of his many online answers to questions about the spiritual life was published in book form as: Answers: Catholic Advice for Your Spiritual Questions. He continues answering fresh questions online at SpiritualDirection.com.

His ongoing series of Do-It-Yourself online Catholic Retreat Guides are available in multiple formats at RCSpirituality.org. Fr. John currently resides in Michigan, where he continues his writing apostolate and serves as a confessor and spiritual director.

When does the course start and finish?
The course starts now and never ends! It is a completely self-paced online course - you decide when you start and when you finish.
How long do I have access to the course?
How does lifetime access sound? After enrolling, you have unlimited access to this course for as long as you like - across any and all devices you own.
What if I am unhappy with the course?
We would never want you to be unhappy! If you are unsatisfied with your purchase, contact us in the first 30 days and we will give you a full refund.
off original price!

Congratulations for completing the course 'A Catholic Vision of Spiritual Maturity'. We hope you enjoyed it. You can continue growing along your faith journey discovering more courses at http://rcspirituality.teachable.com/ or go to www.rcspirituality.org for more great resources to PRAY, LEARN, GROW, and GO! as a missionary disciple.